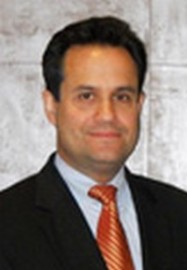 Richard Swartz, Esquire, counsel to the firm, focuses on employment litigation and counseling. Previously, Richard practiced law in the labor and employment departments at three of the largest law firms in Philadelphia. Richard represents employees in matters involving the workplace, from claims for failure to pay overtime to harassment and discrimination claims.

Richard received his Juris Doctorate from Temple University School of Law in 1997. While at Temple, he interned for the Honorable Robert S. Gawthrop, III, U.S. District Judge for the Eastern District of Pennsylvania.

Richard is conversational in Spanish and welcomes the opportunity to brush up his Spanish with clients. While at Temple, Richard was a member of L.A.L.S.A.

Richard has served on the Board of Directors for Cerebral Palsy of New Jersey (now Advancing Opportunities), as well as the Camden County Partnership for Children.​