Represented by the purple ribbon, World Elder Abuse Awareness Day (WEAAD) is an initiative that was launched to acknowledge the abuse and neglect of older people within your community.
In the US, approximately one in 10 elders have experienced abuse or neglect and around five million elders are abused every year. Within those five million, it is estimated that only one in 24 cases are reported to authorities. Between 2020 and 2021 the reports of elder abuse Statewide totaled 39,820 showing an increase of 63% over the past five years. The most common perpetrator are family members (47%) followed by caretakers (35%).

Elder abuse and neglect can come from family, neighbors, people they know and trust, or even nursing homes they reside in. Abuse is not always physical, in the cause of elder abuse, it could also be financial, psychological, or sexual abuse.

According to the USC Center for Elder Justice, this day is to promote a better understanding of abuse and neglect of the elderly community by “raising awareness of the cultural, social, economic, and demographic processes affecting elder abuse and neglect.”

If you suspect elder abuse or neglect, call the police if in immediate, life-threatening danger. You can also reach the Eldercare Locator at 1-800-677-1116 for more information and steps to take. 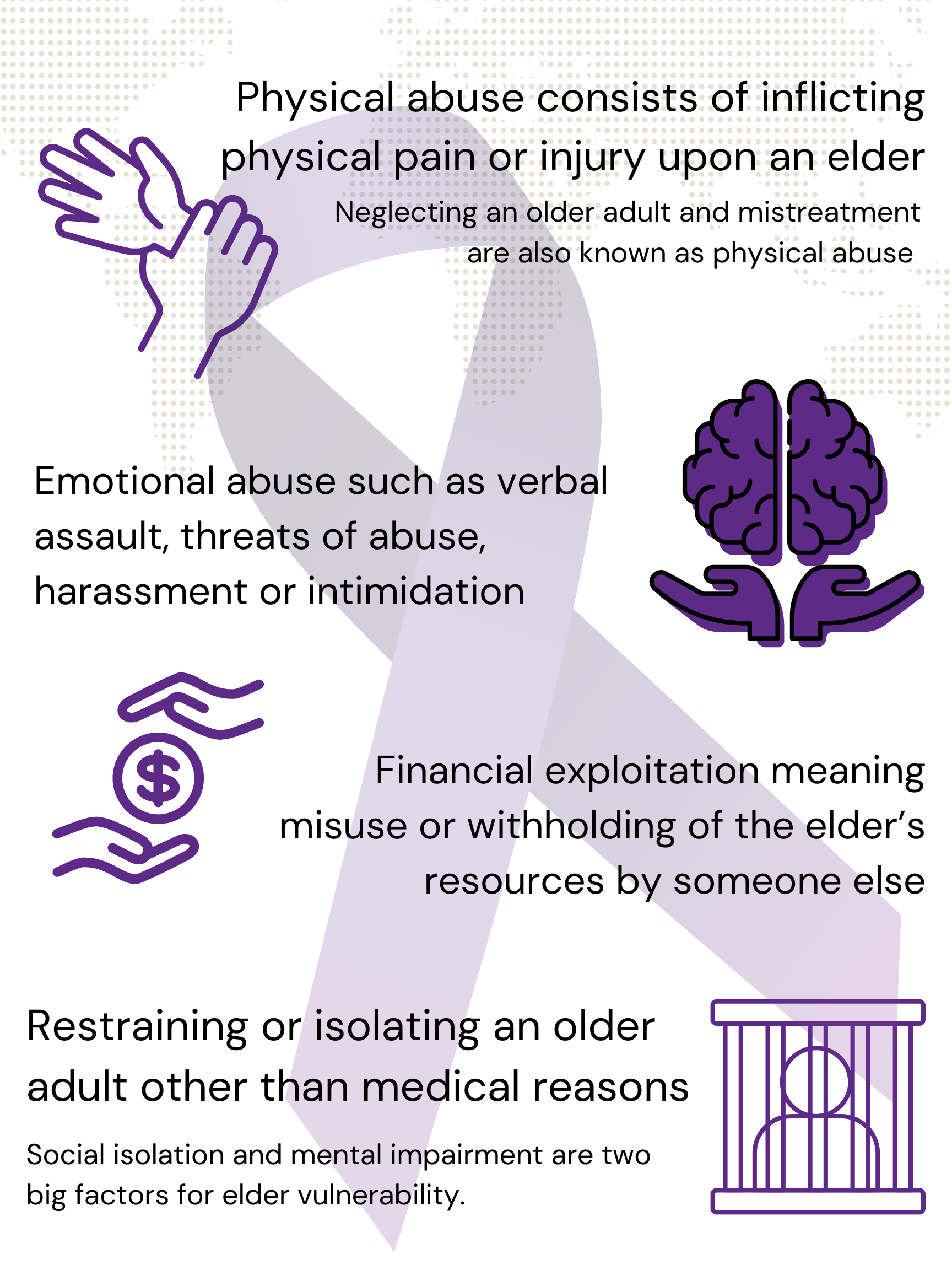 Messa & Associate Fight Elder Abuse
Attorneys at Messa & Associates are experienced in fighting the large organizations that own and operate nursing homes and long-term care facilities which often perpetuate elder abuses. If your loved one is a resident in long-term care and has suffered from bed sores, falls, malnutrition, or other forms of neglect, you should contact an attorney at Messa & Associates right away. We can help establish that the organization responsible for your loved one’s health deviated from the standard of care, resulting in pain and suffering.
Messa & Associates for years secured dozens of nursing home abuse and neglect settlements and verdicts on behalf of injured victims, including a case we are currently handling involving a woman who was neglected while in a nursing home where she suffered multiple injuries due to the neglect. We have also represented a 78-year-old woman who ultimately died after she developed two-bed sores and severe infection and a confidential six-figure settlement for the family of an 89-year-old man who died as a result of a bed sore infection that resulted in sepsis.

Contact an attorney by calling our office, toll-free, at 877-637-7252 for a free consultation. You can also submit your case information online for a free case evaluation.