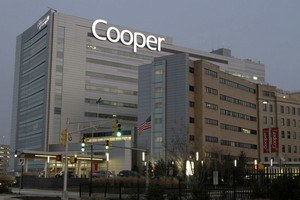 The nurse, Catherine Tanksley-Bowe, Ph.D, was employed by Cooper for only one month in 2016. During the time of her employment, there was an outbreak of drug resistant MRSA in the neonatal intensive care unit. Tanksley-Bowe raised concerns about what she viewed as “insufficient cleaning” of patient rooms, leading to more infections. Eight infants were infected with MRSA and two of those infants died. State officials have said that the cause of death can not be flatly attributed to the MRSA, as intensive care infants are “medically fragile.”

Cooper officials have stated that Tanskley-Bowe is nothing more than a disgruntled employee whose termination had nothing to do with her concerns regarding the MRSA outbreak and that her lawsuit is “shameful” and inaccurate. The NJ Department of Health confirmed with philly.com that they found several deficiencies during an August 2014 inspection but that Cooper has since implemented all necessary changes to prevent future infections. A follow-up inspection on November 4, 2016 showed the hospital to be in full compliance.

“The hospital implemented the correction actions directed by the department,” the state agency said in a statement. “The department determined there was no further risk.”

At Messa & Associates, we are committed to improving patient safety. Virtually every day, we console clients whose lives have been irreparably changed because hospitals and physicians break patient safety rules and deviate from standards of care. We feel the impact that these harms and losses have on victims, their families, and their friends. We remain frustrated by witnessing the number of preventable errors that routinely occur.

The medical malpractice attorneys at Messa & Associates are experienced in handling complex medical malpractice cases, including but not limited to MRSA infections, surgical site infections, foreign objects, missed diagnoses, surgical errors, and treatment errors/negligence. If you or a loved one has fallen victim to medical negligence at a hospital, nursing home, or rehab facility, act quickly. Call a medical malpractice attorney from Messa & Associates today, before your rights to legal compensation have expired. Call 877-MessaLaw for a free consultation or submit an inquiry online for a free case evaluation.