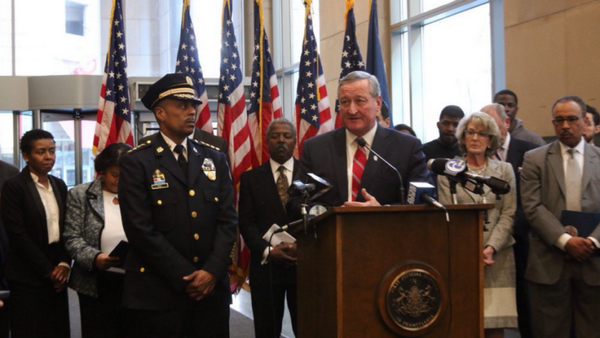 The mayor signed an executive order to post details, locations, and official findings for all complaints filed against officers. With this measure, the mayor intends to increase public awareness about how seriously the City of Philadelphia takes complaints against the police department. In a statement, Mayor Kenney wrote,

“The release of this data is a common-sense reform that I hope will serve to increase community-police trust. Everyone who works for the city of Philadelphia is a public servant, and the public deserves to know we will take their complaints about any city service seriously.”

The new policy, which goes into effect in November, calls for names of complaintants and officers to be redacted in order to maintain the safety of all involved.

Currently, complaints are public record, but they can only be viewed in person at the police Internal Affairs Bureau. According to Witold Walczak, legal director of the PA chapter of the American Civil Liberties Union, the increased transparency is a step in the right direction, allowing citizens to hold their government officials accountable for misconduct.

Joe Messa, Tom Sweeney, and Ray Arreola of Messa & Associates, P.C. secured a confidential settlement in 2016 for Gwendolyn Smalls, the sister of Linwood Lambert, Jr., an African American male who died in police custody in South Boston, Virginia after being tasered multiple times by officers who had already handcuffed and apprehended him. A decision by the Virginia Commonwealth’s attorney NOT to press charges on the offending officers added more fuel to the #BlackLivesMatter movement and caused many in Virgina to speak out against police brutality.

Mayor Kenney’s executive action to make police treatment of civilians more transparent in Philadelphia is a testament to his committment to the safety of all citizens of the city, regardless of race, status, or creed.

If you or a loved one have been treated wrongly by law enforcement, or apprehended with unnecessary or even deadly force, contact the personal injury attorneys at Messa & Associates. Call for a free consultation at 1-877-MessaLaw. You may also obtain a free case evaluation by submitting a free online inquiry.

Let the skilled and dedicated personal injury attorneys at Messa & Associates fight for the justice you and your family deserve.