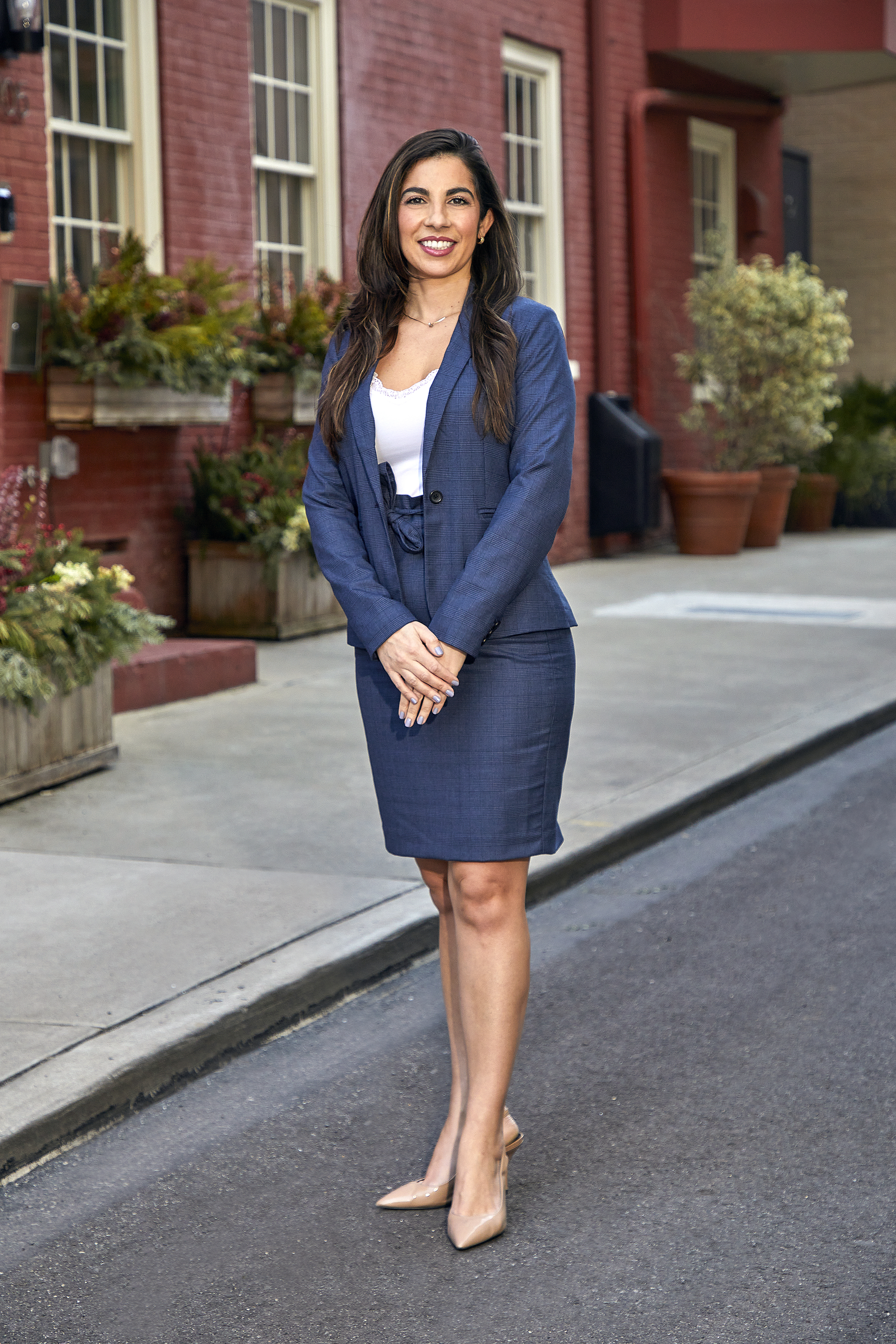 Alaina A. Gregorio, Esq. concentrates her law practice on complex personal injury and medical malpractice litigation in addition to labor and employment disputes.

In 2014, Ms. Gregorio was recognized by South Jersey Magazine as a Top Lawyer, as one of South Jersey Biz’s Best Attorneys in Business, and in 2015 as Top 40 Under 40 by SNJ Business People. Additionally, Ms. Gregorio was named to the Pennsylvania Super Lawyers Rising Stars list in 2020 and 2021. Attorney Gregorio is licensed to practice law in Pennsylvania, New Jersey, and New York. She is also admitted to appear before the U.S. District Court for the Eastern District of Pennsylvania and the the District of New Jersey.

Outside of the office, Alaina enjoys serving her community by providing pro bono legal representation through the Philadelphia Volunteers for the Indigent Program (Philadelphia VIP). In addition, Alaina volunteers with Manna, an organization that provides nutritious, medically appropriate meals to community members suffering from life threatening illnesses. In her spare time, Alaina enjoys spending time with family and friends, traveling, and visiting the Jersey shore.

Confidential six-figure settlement for a woman who sustained a traumatic brain injury due to a slip and fall on snow and ice.
Confidential seven-figure products liability settlement
for a man who became quadriplegic as a result of defective product.

Confidential seven-figure medical malpractice settlement
for a failure to diagnose and treat a post-partum infection.

Confidential seven-figure medical malpractice settlement
for a man who became paralyzed due to failure diagnose and treat nerve compression.

Multi-million dollar settlement for remediation and damages due to environmental contamination.

$672,000 verdict for a woman who was sexually harassed and wrongfully terminated by employer.