Mr. Theodosopoulos, originally from Chicago, received a full college scholarship from the University of Kentucky for his accomplishments as a nationally ranked high school debater. He received his undergraduate and graduate degrees in five years, earning a Bachelor of Arts degree in Political Science and a Master’s Degree in Public Administration. In 2011, Mr. Theodosopoulos earned his J.D. from The Dickinson School of Law at Penn State University. After graduating from law school, Mr. Theodosopoulos worked as a law clerk for the Honorable William E. Baldwin in the Twenty-First Judicial District of Pennsylvania.

Mr. Theodsopoulos is admitted to the bars of the Commonwealth of Pennsylvania and the State of New Jersey.

Angelo Theodosopoulos was selected for inclusion on the Pennsylvania Super Lawyers Rising Stars list from 2015-2020. He was also named to The National Trial Lawyers “Top 40 Under 40” for Civil Plaintiffs list from 2016-2018. Mr. Theodosopoulos is a current member of the Philadelphia Trial Lawyers Association and the Future Leaders branch of the Pennsylvania Association for Justice.

Mr. Theodsopoulos lives in Newtown Square, PA with his wife and their dogs, Bella & Ollie. Together, they enjoy taking their dogs on long walks and frequenting the many offerings of the Downingtown-Exton area. Angelo and his wife are parishioners at St. Luke’s Greek Orthodox Church in Broomall, Pennsylvania. 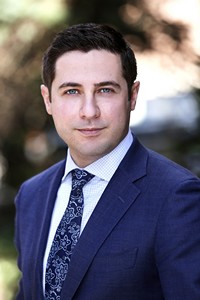