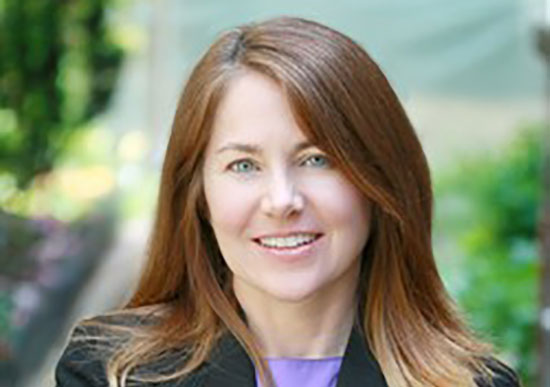 Irene M. McLafferty is a Partner at Messa & Associates with over 25 years of experience in the courtroom, vigorously representing her clients. Her experience extends to a variety of complex trial matters with current focus on catastrophic injury litigation including medical negligence and malpractice, defective products, mass tort, and vaccine litigation.

Ms. McLafferty has been in the courtroom from her earliest days as a lawyer, first as a law clerk to the Honorable G. Craig Lord in the Philadelphia Court of Common Pleas and subsequently as an Assistant District Attorney in Montgomery County, Pennsylvania. She litigated cases as a trial team member and was quickly promoted to serve as the Chief of the Juvenile Division of the District Attorney’s Office. She subsequently was appointed and served as the Chief of Trials for the Sex Crime Division. She was honored and received the District Attorney’s award for trial excellence as Chief of the Sex Crime Unit.

Ms. McLafferty has extensive experience and skills as a litigator. She has handled a wide range of complex litigation matters and continues to do so with a current focus in the area of catastrophic injury. She has tried, arbitrated, and mediated hundreds of cases, receiving substantial awards for her clients throughout the State Of New Jersey and the Commonwealth of Pennsylvania.

$4.2 Million verdict for a Pennsylvania woman who lost her leg to an infection after she underwent a bilateral knee replacement at Temple University Hospital in 2010.

$2.6 Million settlement on behalf of the wife and minor children of a 45 year-old man who died after emergency room staff misread an EKG, leading to a misdiagnosis of cardiac arrhythmia.

$1.5 Million settlement in a medical malpractice case involving failure to properly monitor a patient's decreasing blood pressure which ultimately caused the patient to suffer a stroke.

$1 Million settlement against a prominent Pennsylvania health system for the premature death of a wife and mother caused by negligent post-surgical procedures.

CONFIDENTIAL six-figure settlement on behalf of the Estate of a 79-year-old woman who died after her physicians missed the symptoms and subsequently delayed treatment of a post-surgical bleed that led to her untimely death.