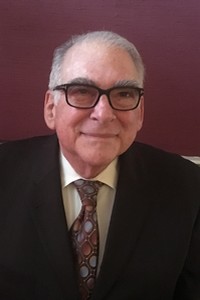 Richard P. Abraham, Esquire, was born in Philadelphia and has been practicing personal injury law in Philadelphia and its surrounding counties for over 45 years. As of January, 2018 he has become “Counsel to the firm” at MESSA & ASSOCIATES, P.C. where his vast expertise in all medical and personal injury matters will be enhanced by their extensive resources and aggressive trial skills.  Mr. Abraham will continue to handle cases in Pennsylvania state and federal trial courts, as well as the United States Court of Appeals for the Third Circuit. He is admitted to practice before the United States Supreme Court.

Mr. Abraham handles medical malpractice cases and other personal injury cases involving serious and permanent injuries. He is a        member of the American Association for Justice and is active in its Birth Injury Litigation Group, Nursing Home Litigation Group             and Professional Negligence Section. Mr. Abraham has been named a “Super Lawyer” in Philadelphia magazine and maintains an         “AV” rating from Martindale-Hubbell, the highest rating possible for both ethical conduct and quality of lawyering skill.

Mr. Abraham has won many cases, including:

By calling upon Richard P. Abraham, Esquire, to handle your family’s most important matters, you will get his personal attention             and work. Although he collaborates with nurses and doctors to present your case in its best light, you will always be able to reach       him and talk to him. His compassion, tenacity, experience and knowledge will bring you the results you deserve.