The MessaLaw Blog is spending the month of February honoring the achievements and contributions of African Americans to America’s legal system. Today, we will discuss the Honorable Amalya Lyle Kearse, Second Circuit Appeals Court Judge and champion bridge player. 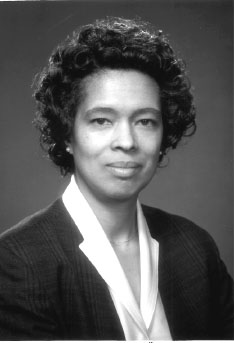 Amalya Lyle Kearse currently serves as a Judge with the U.S. Court of Appeals for the Second Circuit. She is the first African American woman to serve on that court, and the second African American overall, behind Thurgood Marhsall.

Amalya Lyle Kearse was born June 11, 1937 in Vauxhall, New Jersey, an unincorporated community just outside Newark. Her parents, a postmaster and a medical doctor, encouraged her to follow through with her intellectual pursuits, and after high school, she attended Wellesley College. She graduated with a bachelor’s degree in Philosophy in 1959.

Kearse’s legal career began on Wall Street with the firm Hughes, Hubbard, and Reed. After only seven years with the firm, she became the first black female partner to join a major Wall Street firm. She was also incredibly young to have achieved such a milestone in her career. A senior partner at Hughes, Hubbard, and Reed said of Kearse’s skills, “She became a partner here not because she is a woman, not because she is a black, but because she is just so damned good—no question about it.”

Kearse’s undeniable tenacity, knowledge, and skill garnered her the attention of President Jimmy Carter in 1979, who appointed her to a Judgeship on the U.S. Court of Appeals for the Second Circuit. During her tenure, Kearse has decided many influential cases. Since 1991, Kearse’s name has been on a list of potential nominees to fill spots on the Supreme Court. President George Bush considered her to fill the vacancy created by Thurgood Marhsall’s retirement before ultimately nominating Clarence Thomas. She was considered again in 1994 when President Bill Clinton was considering potential nominees to fill the vacancy after Harry A. Blackmun’s retirement. Two years before that, Bill Clinton also considered her for the position of Attorney General.

Kearse is a top-rated bridge player. In 1986, Kearse won the World Women Pairs Championship with her partner Jacqui Mitchell. That victory earned her the title of World Life Master by the World Bridge Federation. She is a seven-time national champion and has written several books about the game. Kearse’s most recent victory was in 2004 at the American Contract Bridge League’s North American Bridge Championship where she and Jacqui Mitchell won the Whitehead Women’s Pairs.