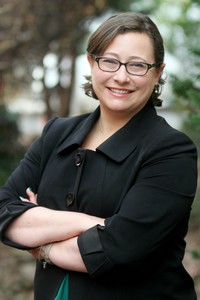 Jessalyn Gillum is an experienced litigator who concentrates much of her practice on serious injuries resulting from motor vehicle collisions and premises defects.

Prior to practicing as a personal injury lawyer, Ms. Gillum served the city of Philadelphia as an Assistant District Attorney for eight years. During her time as an ADA, Ms. Gillum gathered invaluable trial experience as lead prosecutor for numerous major felony jury trials, often prosecuting Family Violence and Sexual Assault crimes on behalf of young children. Most famously, Ms. Gillum was instrumental in the prosecution of Christina Regusters who is currently serving a 40-year sentence for kidnapping and sexually assaulting a five-year-old girl.

As a personal injury attorney with Messa & Associates, Ms. Gillum was named to the Pennsylvania Super Lawyers Rising Stars list in 2020.

Ms. Gillum has secured significant settlements and verdicts for her clients suffering from the devastating effects of motor vehicle collisions and other forms of negligence.

$225,000 verdict for a 50-year-old medical technician who sustained permanent injuries to his neck and spine, including cervical disc herniations and right-sided radiculopathy, that impede his abilities to perform his job and will require expensive, ongoing medical treatment.

$200,000 verdict on behalf of a 32-year-old who injured her lower back after falling on a freshly-mopped floor at a McDonald’s restaurant in Hummelstown, PA.

$116,000 verdict unanimously awarded by an eight-member jury to a father and son who were rear-ended at a red light on Roosevelt Blvd. in the Lexington Park section of Philadelphia. Both men sustained injuries to their lumbar spine including herniations, bulges, and tears.